Virtues of the Homegrown UI

Back in the dark days of 2011 when Exago was still called eWebReports and people around the world were becoming inexplicably interested in planking, Exago did what every other software company does: it paid for prefabricated UI development tools.

For those of you who, like me, didn’t know buying AJAX handlers and UI controls (dropdown menus, radio buttons, and the like) was even a thing, understand that in the tech world, building these elements in-house is kind of like spinning, weaving, patterning, and sewing your entire wardrobe by hand: undeniably cool, totally insane.

But here’s the thing: if you’re crazy enough to do it in the first place, you only ever have to do it once.
And then you have a showstopping wardrobe.

In 2012, after sending Exago’s controls provider the umteenth bug report, researching alternative vendors, and coming up empty, CTO Stew Meyers decided it was time to break out the loom, metaphorically speaking.

“We decided it just wasn’t worth it,” says Meyers. “We sometimes had to wait two or three months for a bug fix, which was just unacceptable to us from a support standpoint. Plus, the controls themselves were very general, the library humongous. We only ever needed a small fraction of the available resources, so we decided to build our own.”

Today, 98% of Exago’s UI layer—AJAX and UI controls included—is built using homegrown code. The advantages this affords Exago and its clients include dramatically quicker response times on UI-related support tickets, more efficient development (we only build what we need!), and, most importantly, powerful custom-made controls that aren’t even on offer in any standard UI toolkits! 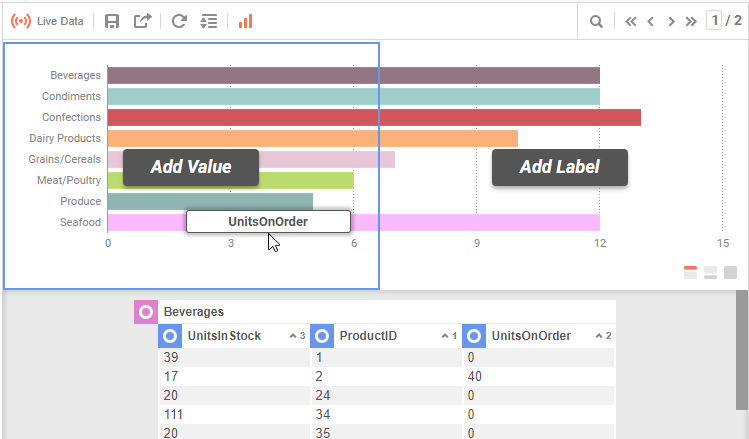 So, crazy though we may be for coding our UI from scratch, we’re feeling pretty stylish right about now.

Build it Your Way: The Value of Extensibility in Third-Party Software